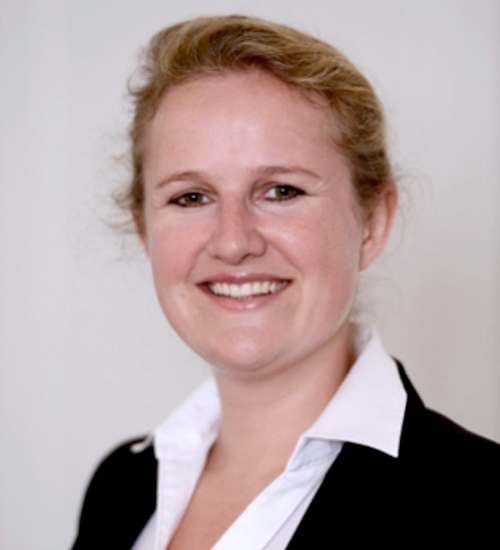 Elinor joined EVPA as Public Affairs Manager in March 2014. Elinor has almost 10 years of public affairs experience, including her work for the European Commission and for an EU public affairs consultancy in Brussels. Her experience is coupled with a strong interest and an extensive network in the social investment space.

Elinor is involved in SI2 Fund, a Belgian impact fund providing growth capital to European for-profit social enterprises, as well as in the first Belgian social impact bond (SIB) and she’s a member of the Belgian Ashoka Support Network (ASN) since 2010. She holds a Master degree in Business Engineering, a Master of Arts in European Economics from the College of Europe, attended the Oxford Impact Investing Executive Programme and completed the Certificate in Management of Social Enterprises at the ULg. A Belgian national, Elinor speaks French, English, Dutch and Spanish.

Success and Best Practices SIB? Can you describe the main trends and give us practical example?

Since the Peterborough pilot SIB was launched in the UK in 2010 (with mixed results), only a limited number of cases came to their end, out of the 50+ SIBs are currently up and operational worldwide (representing about 150 million USD of capital raised) and it is still hard to draw best practice of this rather new pay-for-success tool. This being said, the buzz around this concept is not only virtual and we now see a new SIB being launch almost every week!

The example I know best is the first and only Belgian SIB so far. Launched in 2014 for a period of 2+1 years (for a total budget of 400 kEUR), this SIB supports a social service provider called “Duo for a Job” which offers a new approach to the professional insertion of young migrant jobseekers in Brussels. Building tailor-made duos between each migrant and an experienced retiree for a period of six months, Duo for a Job intends to increase the chances of this particularly vulnerable segment of the unemployed population to enter the job market, thanks to the local network and experience of the retiree. Now entering its third and last year of implementation, this SIB already shows promising results and could pave the way to others in Belgium.

What do you see as main challenges of SIB in Europe?

The challenges for SIBs in Europe are numerous, but let’s here mention a couple.

Firstly implemented in the Anglo-Saxon world, it is key to realise that SIBs encompass a very strong local dimension and their long-term success will highly depend on how they fit with the political and cultural environment they intend to take place in. Even though the basic principle remains the same (see picture below), there is no such thing as a “one size fits all” SIB that could blindly be implemented in any context.

Another challenge lies in the availability of good and transparent data, which is a deal breaker when it comes to designing SIBs. In many European countries, national and local authorities still lack robust methodologies to gather the necessary data and outcome measurement needed to benchmark the results of a SIB. This being said, the purpose of a SIB can precisely be the evidence building of public policies…

A last challenge I would like to highlight here lies in the quality of the investors. At EVPA, we believe that “matching the soul of philanthropy with the spirit of investing” is crucial for any investor willing to support social businesses. If investors enter a SIB with the only intention to make profits, the “raison d’être” of SIBs would be seriously jeopardised in my opinion. This could lead to some privatisation of public services with on top of it some serious “cherry picking” issues… Instead,

investors should almost behave as philanthropists, willing to improve public interventions in the longer run by bearing the risk to test new models.

Where so you see the main potential in the future development of SIB?

Because of the local dimension of SIBs, a distinction needs to be made as regards with where we are. In the UK for example, where the national government is actively promoting the instrument and where most of the existing 50+ SIBs are being implemented, SIBs are almost perceived as a legitimate policy tool to test existing public interventions and we start to witness a real SIB market emerge (at the risk of attracting the wrong type of investors…).

In continental Europe contrariwise, most governments are still rather cautious (not to say sceptical!) when it comes to designing and implementing SIBs, and the still rare cases we observe are there to test the idea of testing existing public interventions rather than testing the intervention itself… In the US, SIBs are often characterised by bigger “investments” and are sometimes used to scale social innovations up (with the advantage of having a big market of 320 million people).

Whether they test public interventions locally or scale social innovation up more widely, SIBs represent a good opportunity to bring at the same table stakeholders who would otherwise never talk to each other: public commissioners, private funders as well as social enterprises. 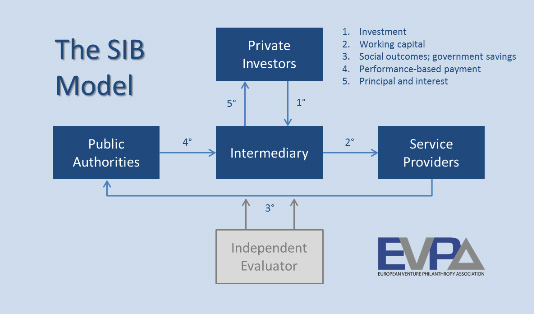 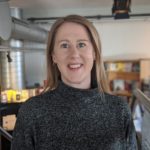